Hyperconvergence is the latest stage in the optimisation of infrastructure that has continued to gain pace in the last few years, having been proven to deliver significant benefits.

Allowing for more flexibility and easier management, hyperconvergence is an approach to “cleaning up” data infrastructure. It’s a framework aimed at reducing the complexity of data centres and increasing scalability. It does this by combining computing, networking and storage into a single system. Hyperconverged platforms often include a hypervisor. This is for virtualised computing, virtualised networking and software defined storage. You can cluster together multiple nodes and create pools of shared storage and compute resources, allowing for more convenient consumption. 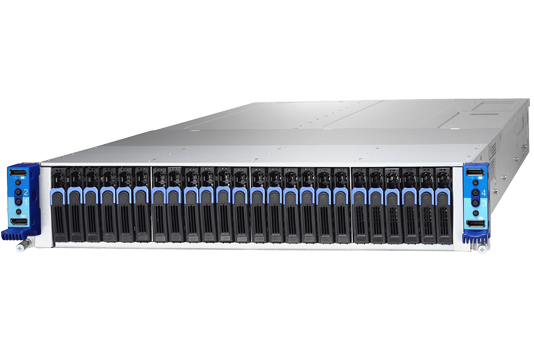 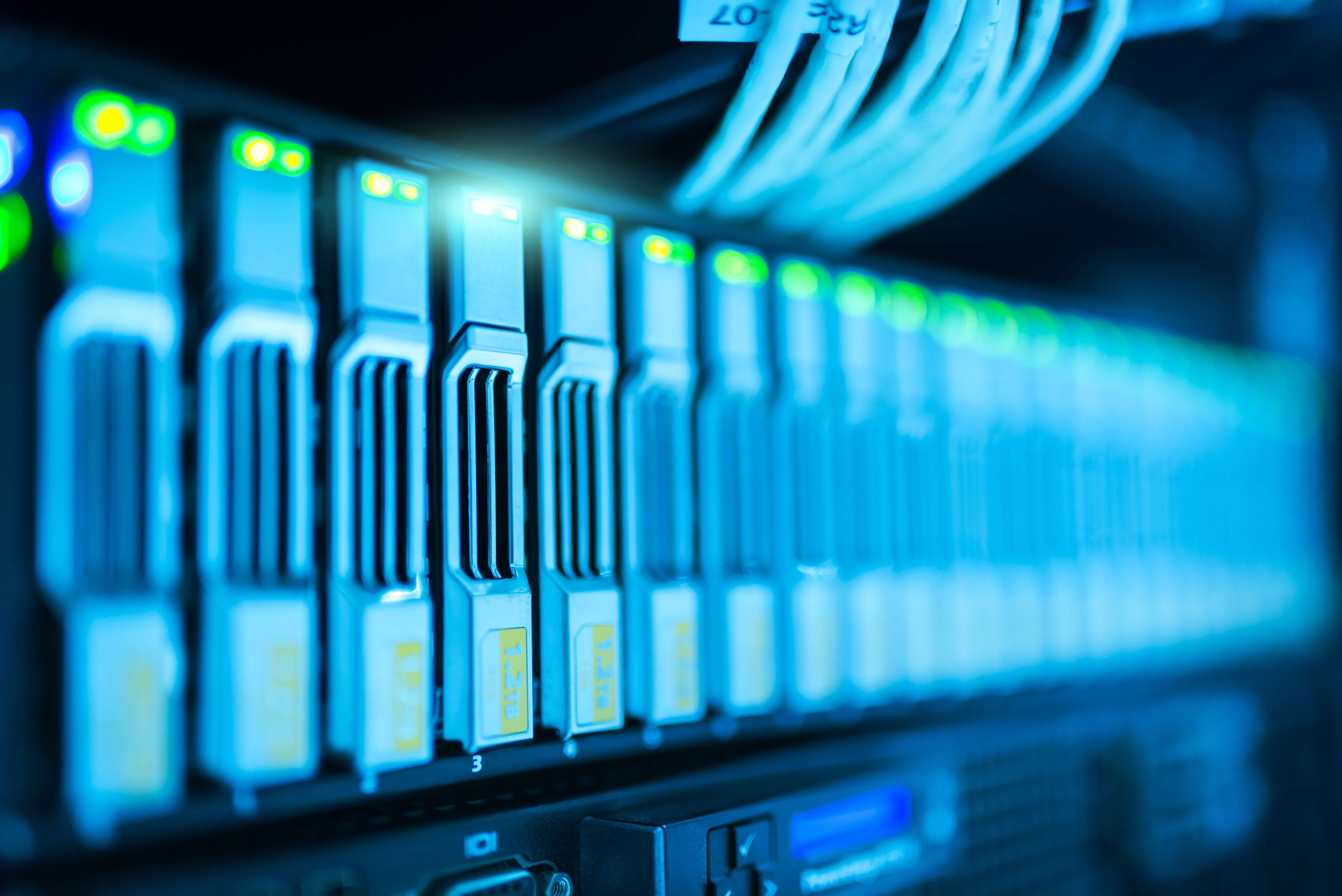 Why Use Hyperconverged Infrastructure

Hyperconverged infrastructures are a great option due to the decreased costs - you pay less for chassis, storage and networking, and are able to migrate those profits to create an additional layer of redundancy and compute power.

As hyperconvergence is software-based, it’s able to deliver higher levels of flexibility, adaptability and agility to businesses in comparison to legacy infrastructure. Hyperconverged infrastructure is also hugely beneficial when it comes to data storage and efficiency. Data deduplication, snapshotting and more data protection features are usually built in as standard, greatly increasing the ease of disaster recovery. 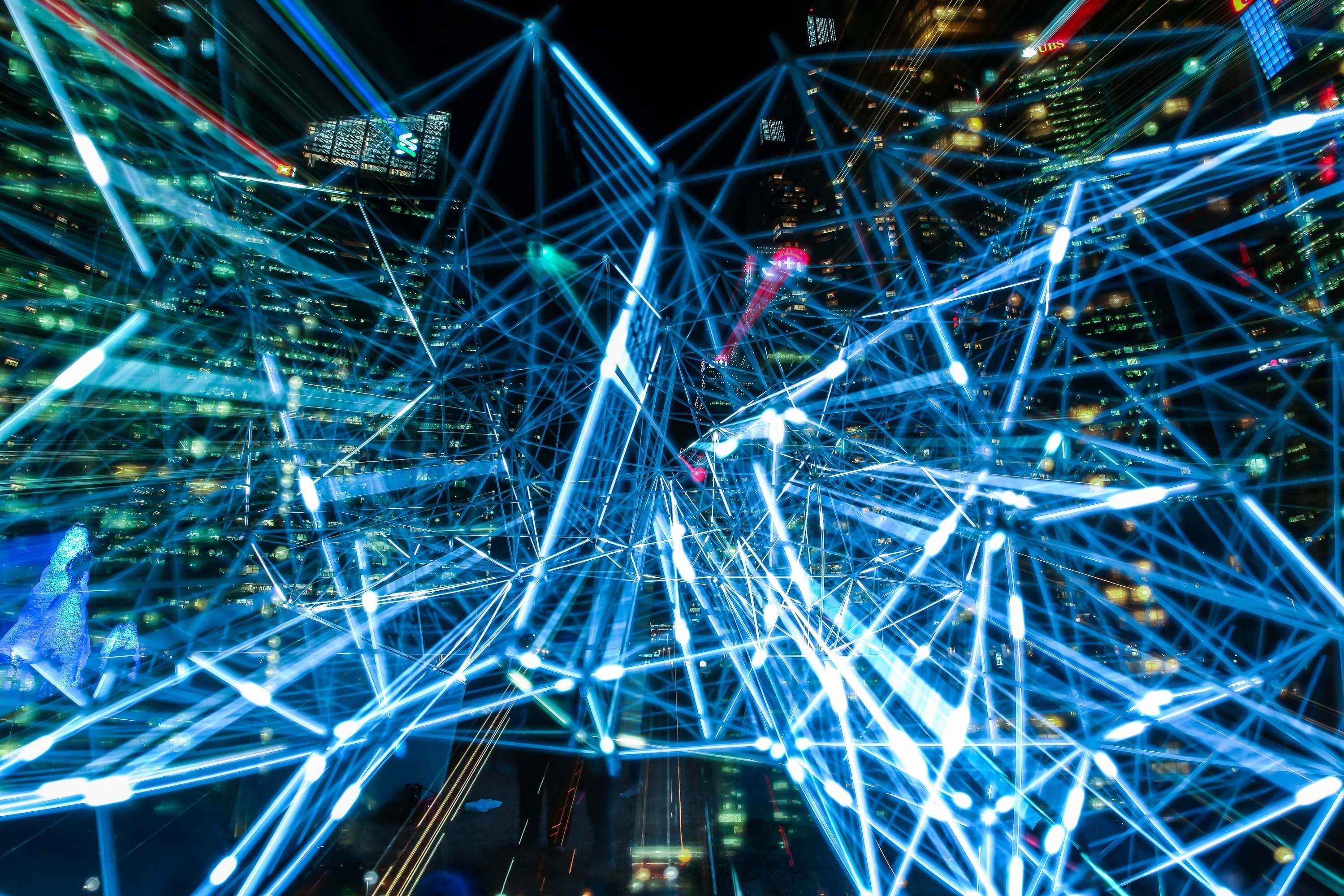 Hyperconvergence is a very new concept that has only come to prominence over the last couple of years.

With the rising pressure on IT departments to instantly provision resources an ever-growing number of enterprises are adopting agile software development methodologies, as they look at the creation of software products and services as a method of increasing revenue.

Agile software development requires a high degree of flexibility from IT. Essentially, software is being created and deployed much more often than it was in the past, leading to a need for IT to be ready to meet these demands.

Its this changing landscape that has allowed for the rise of hyperconvergence as a concept and approach that will become more and more relevant as we move into the near future.

There are a number of benefits behind the implementation of hyperconverged infrastructure.

In the hyperconverged model, the application is the biggest focus. In the past, infrastructure policy has put the focus on the wrong constructs, whereas now most attention is placed on the workload.

Hyperconverged infrastructure lends itself well to a higher degrees of data reduction through deduplication and compression. This leads to less intensive requirements for storage capacity and network bandwidth.

Automation has been impossible for a long time due to many legacy IT infrastructures being so complex and varied. Hyperconverged infrastructure operates on the principles of the SDDC (software-defined data centre), where everything from storage and servers to supporting services are virtualised. Automation of routine operations is possible through the implementation of centralised management tools, like scheduling.

You no longer need to worry about the implementation of hardware from different manufacturers, as everything is included within a single unified environment. With Broadberry servers you can make the most out of this capability as we never vendor lock, leaving you free to take advantage of 3rd party hardware.

Hyperconvergence heavily focuses only scaling easily to bite-sized chunks, which is a huge difference from the previous traditional IT model.

Hyperconvergence is all about the simplification and unification of infrastructure features. Rather than having to manage separate backup and replication products, these technologies are often built into hyperconverged systems.

Due to the node-based architecture, scalability of your hyperconverged data centre is made easy. To match your resource demand, you just add or remove nodes as required

The architecture of hyperconverged infrastructure solutions is a scale out design. As individual nodes are not meant to scale up, you scale out to increase the total memory of your cluster.

Resiliency is a key factor, and hyperconverged infrastructure has been designed with disaster recovery as a major component. It has been created to be resilient to most disaster recovery incidents, often occurring due to one of these scenarios.

Site Loss: A datacentre suffers a severe problem, like a fire or flood.

Component Failure: A set of devices or a single server fails due to problems with hardware or power.

Connectivity Failure: Systems become inaccessible to the outside because of networking issues.

As more and more companies are beginning to utilise hyperconvergence, there is an increase in the amount of businesses disregarding other infrastructures in favor of this latest infrastructure solution. 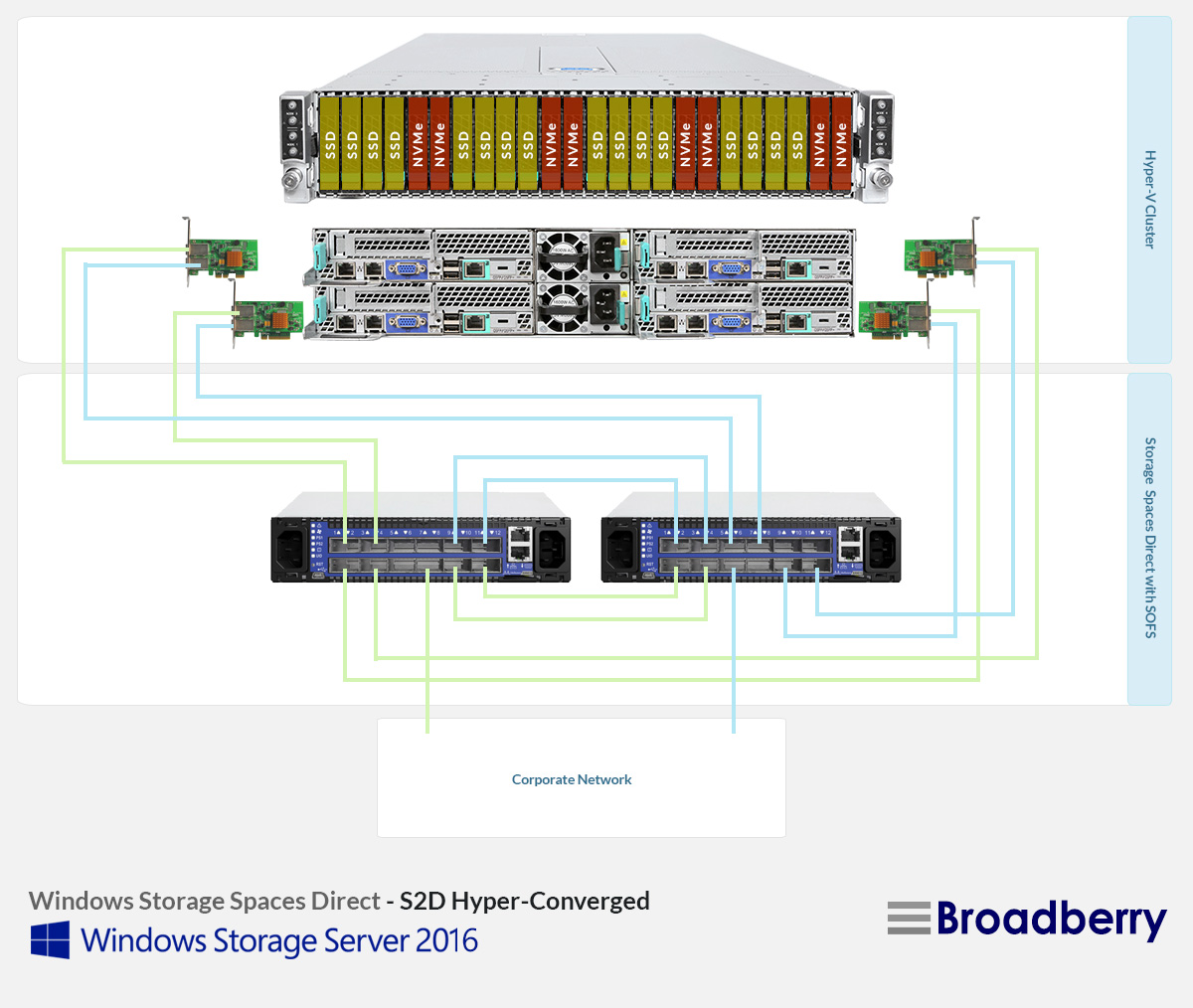 Hyperconverged infrastructure has similar goals but goes a step further by focusing less on networking and more on data control and management. It adds further value by throwing software-defined storage into the mix, in addition to adding higher levels of automation and deeper levels of abstraction. 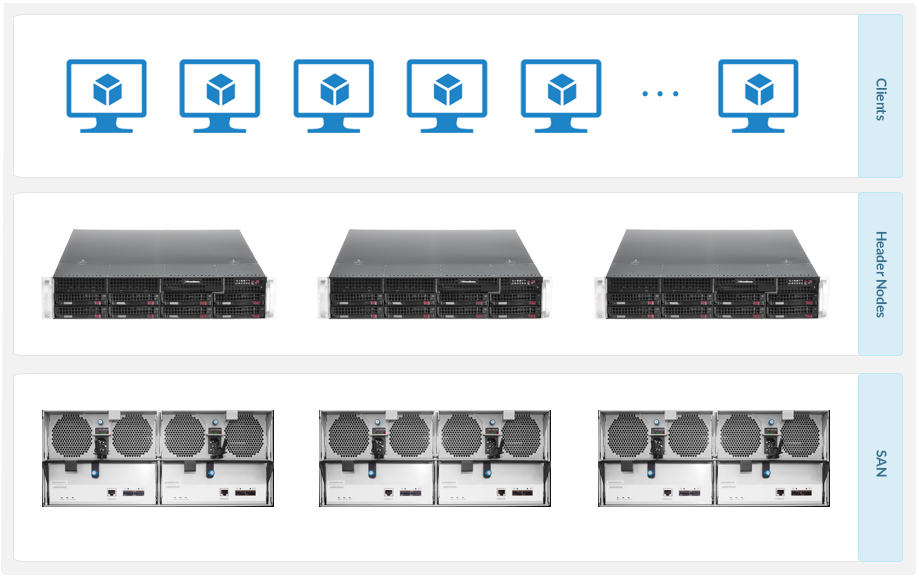 Traditional infrastructure is built out of a number of individual interlinked servers, including storage, networking and backup appliances. Each unit needs to be configured and managed individually. Whereas with hyperconverged infrastructure you have compute, storage and networking combined within a single unit that is centrally managed and bought from one vendor. 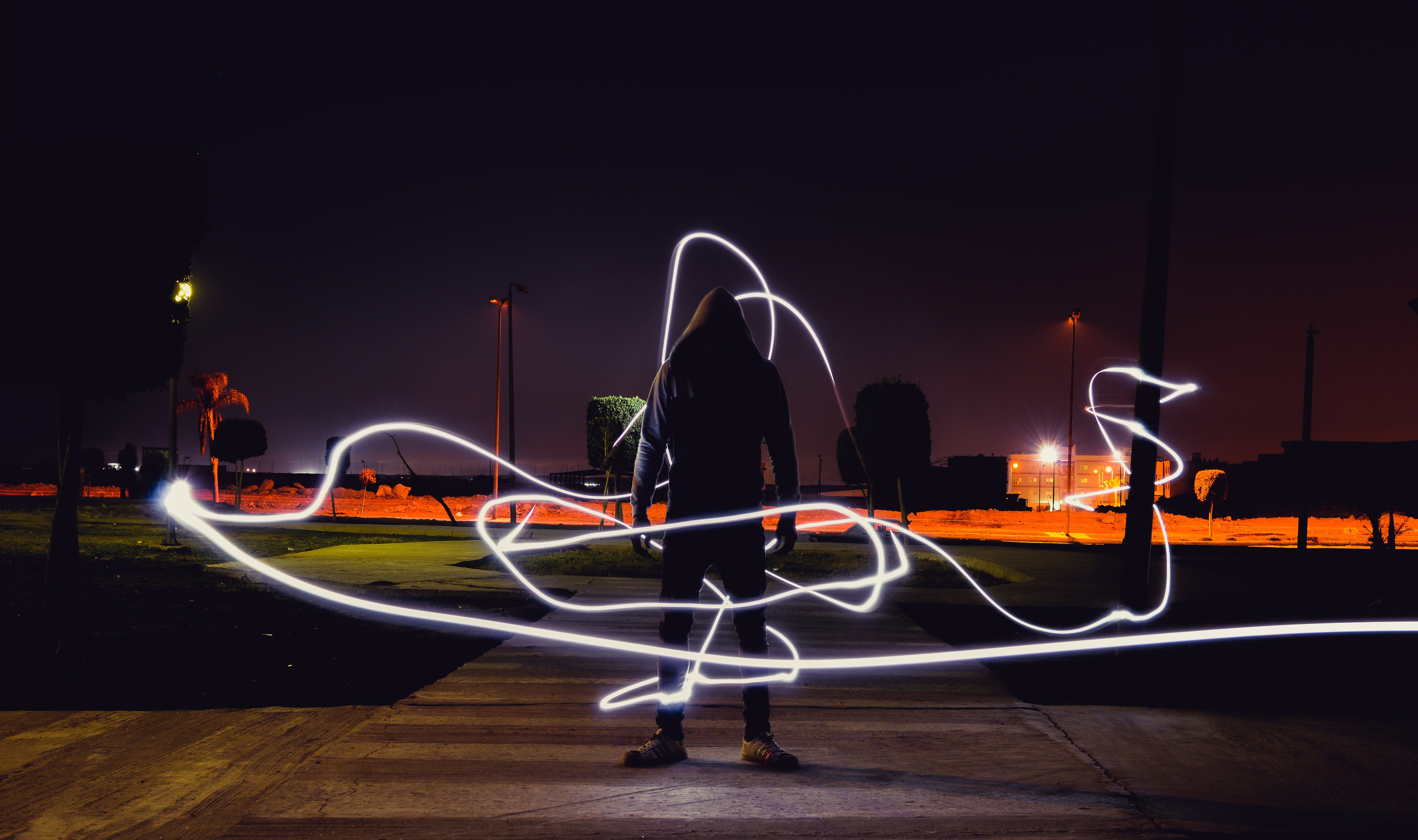 The only potential drawback to hyperconvergence is the possibility of vendor lock-in. When choosing a provider for hyperconvergence you need to make sure that both existing and additional infrastructure will be supported. If that isn’t the case, you won’t be able to fully harness the power of hyperconvergence.

That is one issue you will never face when you order a server from Broadberry. Unlike the majority of providers in this industry, we never vendor lock. Our hyperconverged technology features compatibility not only with all other Broadberry technology, but also with many of the most popular brands in this industry such as IBM.

You have a variety of storage options when configuring a Broadberry server. You can configure with a wide range of high-end drives geared towards capacity, price or performance. This flexibility in configuration options allows you to find the ideal storage option for your needs that will perform the best in your data centre. 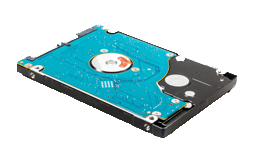 SATA is relatively inexpensive compared to the other available options. It manages data transfer rates of up to 6GB/s and features a large storage capacity. As a whole, it definitely prioritises storage over speed. 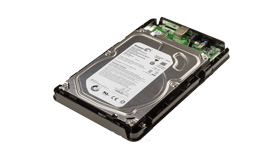 SAS features a fast transfer rate and a high level of reliability than SATA. It has a very high MTBF (mean time between failures) at up to 1.6million hours of use at 45 °C. It is very speed-effective, as that is the biggest priority of its design. 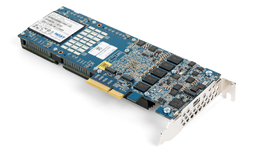 NVMe is extremely fast, reaching speeds much faster than SATA and SAS. It can pump data at breakneck speeds and manages a lower latency than SATA and SAS are capable of. It allows businesses to tackle demanding workloads that they would have struggled with in the past. NVMe is optimised for performance.

PCIe is the option with the highest bandwidth. It is the best option for speed and features seriously increased performance. If you want to prioritise speed, this is definitely the best option to choose. The key to the high performance reachable by this option is the number of channels that a supplier is able to run data through.

There are two approaches that can be taken when configuring a system, those being whether it will be a single-node system or a multi-node system.

A single-node system only needs a single server or a virtual machine. Whereas on a multi-node system you have multiple servers of VMs.

Multi-node systems generally run more efficiently than single-node systems as work is performed across all nodes in parallel. 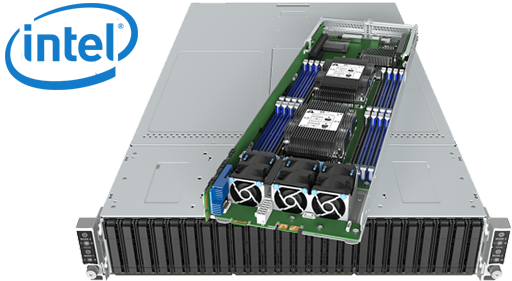