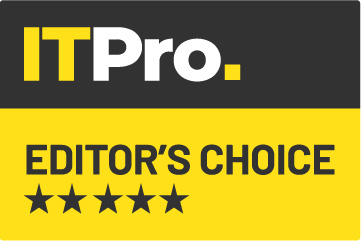 Businesses that want the best rack server processing density for their money will find the CyberServe R281-Z91 from Broadberry Data Systems is offering a very tempting proposition. Supplied to us with a tasty pair of AMD EPYC 7551 CPUs, this 2U rack server delivers an impressive 64 physical cores and comes in at a price that's at least five grand less than the blue chips can muster.

It goes further, as it combines this Xeon Scalable-beating core density with a massive memory capacity. The price includes 64GB of RDIMM and its 32 memory slots support up 2TB of RDIMM or 4TB of LRDIMM.

Built around Gigabyte's R281-Z91 2U bare-bones rack server, the CyberStore offers an interesting mix of storage features. Businesses with storage-centric workloads will find a lot to like here: its front drive bays support eighteen SAS/SATA SFF drives and six U.2 NVMe SSDs, plus there's a couple of SAS/SATA SFF bays at the rear for storing your choice of OS.

The server is SAS3 ready and the price includes a Broadcom MegaRAID 9361-8i RAID adapter card which supports mirrors, stripes, RAID10, 5 and 6 arrays. A smart feature is Gigabyte's modularized drive backplane which has three universal slots, and Gigabyte offers a good choice of exchangeable expander boards.

Our system has one SAS3 expander board connected to the RAID card while the third slot has a six port NVMe expander. The server is ready to receive high-speed storage as the NVMe ports are cabled directly to the motherboard.

The two rear SATA SFF bays came populated with 240GB Intel SSDs and these are cabled to the SAS expander board so they can striped or mirrored by the resident RAID card. There's also a single M.2 NVMe slot on the motherboard which accepts 2242, 2260 or 2280 SSD cards.

No further storage is included in the price and for testing we slipped a triplet of SAS3 SFF drives in the front bays. The server's BIOS setup screen provides direct access to the MegaRAID card and we had no problems creating a hardware-managed RAID5 data drive from them.

You can also use the MegaRAID Storage Manager utility to keep an eye on storage. The Windows version shows all controllers, arrays and drives and provides tools for modifying existing arrays and creating new ones without having to reboot the server.

One area Gigabyte needs to work on is its remote management facilities, which are beaten easily by Dell's iDRAC9 and HPE's iLO5. The server provides a Gigabit remote management port and web server access to its AST2500 IPMI controller which presents a comparatively basic set of details on hardware.

Even so, we could view the sensors for all critical components and link platform event filters (PEFs) with actions such as reboots and power cycles. With details of our email server entered, we could also have alerts emailed to up to four recipients.

Unlike Dell and HPE, you get OS remote control and virtual media services as standard and not as paid-for upgrades. The HTML5 remote control console can be fired up from the AST2500 web console and provides easy access to the server's BIOS and OS plus options to send keystrokes, assign a local file as virtual media and control power.

We run Gigabyte's Server Management utility in the lab which discovered the server and provided a simple web console that opens with a status and power dashboard for monitored systems. Drill down deeper and you can view details on installed hardware and sensors, although we noted that it couldn't gather any graphical information on the server's power consumption.

Expansion options are plentiful; the server offers seven PCIe slots on three risers with only one occupied by the RAID card. Also available are two embedded OCP slots and Gigabyte offers mezzanine cards with dual 10GbE SFP+, dual 25GbE and a choice of SAS3 RAID controllers.

All system cooling is handled by four hot-plug fan modules and as with previous Gigabyte servers, we found its out-of-the box noise levels excessive. Using the SPLnFTT iOS app on our iPad, we measured an annoying 75dB at one metre in front of the server.

To reduce noise levels, you need to create custom fan profiles that link fan speed percentages with selected temperature sensors. This process isn't explained well at all in the online help, but we managed to create a profile that linked the four fans with both CPU temperatures and tweaked it to drop fan speeds and cut noise levels to a more tolerable 62dB.

No such problems with power as the server is equipped with two hefty 1200W Platinum hot-plug power supplies. The AMD EPYCs showed off their low consumption in our power tests - we measured the server running our custom fan profile drawing 142W with the OS in idle and peaking at only 315W with both CPUs under maximum load from the SiSoft Sandra benchmark app.

Remote management is a weakness but the CyberServe R281-Z91 scores highly for value - a pair of 28-core 2.1GHz Xeon Scalable Platinum 8176 CPUs alone will cost around £6,000 more than this entire server.

Along with its top-end EPYC CPUs, the CyberServe offers a very high memory capacity and teams this up with plenty of storage options. All in all, this is a good choice for businesses that want maximum rack processing density for minimum cash. 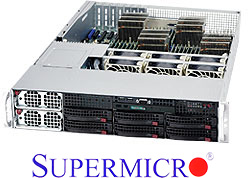